Most experts agree that the US is now in the grip of a heroin epidemic. The prevalence of heroin use over the last decade has gone off the charts. – Christian drug addiction rehab centers and cheap drug rehabs.
Tap
To Call
(855)934-HOPE 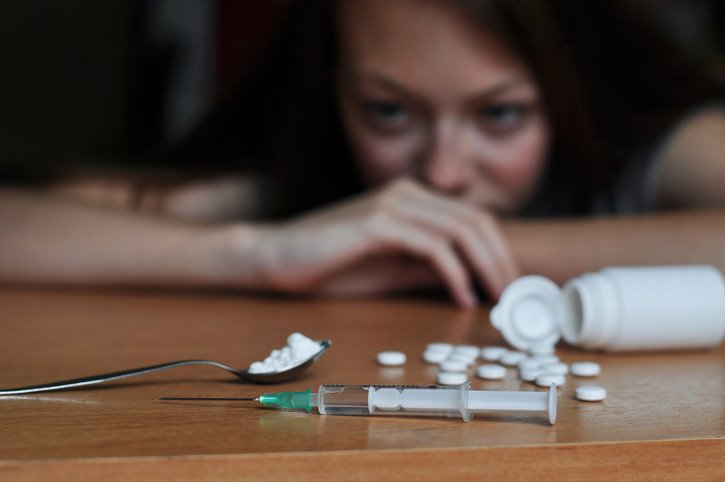 Heroin is a deadly opiate best known for its highly addictive properties. It can be injected, inhaled, or smoked and produces a sensation of intense euphoria over a few hours. Heroin addicts experience a huge range of negative effects which impact their entire lives and can lead ultimately to death by overdose or other complications.

Heroin is part of a family of drugs called opiates. This family includes opium, codeine, and morphine, all of which have similar properties and are used for limited medical purposes. The first major wave of heroin use in the United States occurred after World War II, through the 1940’s and 50’s. The second epidemic struck around the time of the Vietnam War and ended in the late 1970’s1.

Most experts agree that the United States is now in the grip of a third heroin epidemic. The prevalence of heroin use over the last decade has gone off the charts. In 2002, just 1 in 1,000 people was battling with heroin addiction. By 2013, that number had doubled2. In addition to skyrocketing instances of heroin abuse, lethal overdoses are currently at an all-time high, demonstrating the extremely lethal implications of heroin use.

Like many addictions, heroin addiction can occur in just about anybody, anywhere, from any social background. That having been said, the most at-risk populations tend to be non-Hispanic white males between the ages of 18 and 25 who are living in large metropolitan areas. This is a large shift in the historic demographic of heroin users. Historically, black males in their 40’s and 50’s were at the greatest risk for heroin use and resultant complications, but data suggests that heroin abuse among non-whites is decreasing, while the presence of the drug increases in white suburban communities.

Heroin addiction has long been tied to prescription drug abuse. Certain opioid pain medications like Vicodin or Oxycontin have highly addictive properties. Patients who are prescribed these drugs can easily become addicted and begin abusing them. When their prescription runs out or they find it difficult to acquire the quantities they need, they often turn to illicit street drugs like heroin, which are less expensive and easier to get. In fact, nearly 50% of young people addicted to heroin report abusing prescription opioids before turning to heroin3.

Signs of heroin abuse are distinct and appear very early on in the timeline of addiction. Some physical symptoms to look for include4:

In addition to physical symptoms, the heroin addict will also display several changes in their behavior. More than other drugs, heroin will begin to affect an addict’s wardrobe. The heroin addict will frequently prefer long-sleeved, baggy clothing which serves the purpose of concealing needle marks and abscesses while also hiding weight loss. They will also be likely to neglect personal hygiene, not bathing or brushing their teeth and wearing the same clothes for several days on end. Also be alert to any general shiftiness on the part of a potential addict. They may lie frequently about their activities, steal money or possessions in order to fund their habit, or spend time with questionable people.

Heroin is an expensive addiction. Although many addicts initially turn to heroin as a cheaper alternative to prescription drugs, the price can skyrocket as the addict develops an increasing tolerance. Like many street drugs, it can be difficult to pinpoint how much a heroin addict may spend on their habit. Factors like the progression of the addiction, availability of the drug in any given area, and personal connections can all play a significant role. On average, however, a single dose of heroin costs about $20 and an addict with a relatively advanced habit can spend upwards of $200 a day on their addiction5.

The other side of the heroin addict’s financial situation is that the addiction often renders them unable to maintain any sort of ongoing employment. As a result, the instances of heroin addicts turning to a life of crime are extremely high. Heroin addicts are notorious for stealing just about anything they can get their hands on, turning stolen goods over to pawn shops and immediately buying heroin with the funds. Once this cycle begins it is only a matter of time before most addicts end up in jail or prison. Once in a criminal facility, addicts are unfortunately able to continue their addiction, as the presence of heroin and other illicit drugs within the criminal justice system is rampant. Thus, the cycle becomes extremely difficult to break, without any viable respite from heroin aside from dedicated facilities like rehabs.

Effect on the Addict

Heroin absolutely ravages the body and mind of the addict. While injection is the most dangerous means of taking the drug, all mechanisms of heroin use have short- and long-term risks which range from severe to lethal.

As the heroin addict injects the drug into his system, it eats away at the veins they are using. Repeated injection at the same sites will lead rapidly to collapsed veins and a variety of infections. These infections can create large abscesses on the skin’s surface which can become life-threatening. The full scope of relatively minor, short-term effects include bad teeth, constipation, a weakened immune system, respiratory illnesses, muscular atrophy, reduced sexual capacity, menstrual disturbance, depression, and insomnia.

As an addict continues to abuse heroin, the risks escalate dramatically. Heroin addicts commonly share needles with one another, which can lead to HIV/AIDS and Hepatitis-C, both of which are life-long illnesses which, left untreated, can kill the addict. Heroin addicts also run a high risk of contracting tuberculosis and arthritis, as a result of overall poor health and the action of the drug on the body6.

Heroin is widely considered to be one of the most addictive drugs known to man. The reasons for this seem to be primarily the psychological impact of a person’s first use of the drug. Most users report a feeling of euphoria matched by nothing they have ever felt before, with the only side effect being a rapidly subsiding nausea. Users will continue to chase this first experience as long as they are physically able, in most cases.

Additionally, repeated heroin use actually alters the physical structure of the brain. This results in long-term imbalances in neuronal and hormonal systems which can not be easily undone by simply abstaining from the drug for a time7.

As a result, the rate of relapse among heroin addicts is extremely high. Studies have shown that the relapse rate among addicts during the first 3 months of abstinence is as high as 90%8. Through the use of drugs like methadone or buprenorphine, some studies report a significantly lower rate of relapse at around 50%.

Detoxing from heroin is a notorious painful and difficult experience. Unlike some other drugs, however, the risks of quitting heroin “cold-turkey” are relatively minor. The heroin addict will likely go through severe withdrawal symptoms for about a week, but can usually go through this experience in an outpatient setting unless they are coming off of multiple drugs simultaneously9. Withdrawal symptoms for heroin typically include nausea, abdominal pain, depression, muscle spasms, intense craving, shaking, and sweating. These symptoms will typically begin between 6-12 hours after the last dose, and go on for up to 10 days10.

There are a number of drugs now available to assist with the withdrawal experience if the addict is able to do so in a medical setting. Commonly prescribed drugs for heroin withdrawal, include buprenorphine, methadone, or naltrexone. These drugs act primarily by suppressing cravings, allowing the addict to complete the detox process without relapsing.

Heroin is one of the most difficult drugs to recover from. The reasons for this are manifold, but stem primarily from the extreme discomfort associated with the withdrawal and the intensity of a heroin high, which remains in the memory of an addict long after abstaining from it.

Heroin addicts will often need to go through a long recovery process. In this time, they may need the assistance of maintenance therapy, i.e. medically supervised administration of drugs like Suboxone or methadone. They may also need therapy or 12-step assistance to work through many of the underlying psychological triggers or trauma which can lead to relapse if left untreated11. Typically the highest rates of successful recovery from heroin are the result of a comprehensive plan put together by medical professionals and other recovered addicts.

American Rehab Centers recommends Adult & Teen Challenge rehabs for recovery from heroin addiction due to the length of time these programs give to addicts to allow them to get past their addiction. With the craving for heroin lasting several months past the last use, it takes a good year of abstinence in a controlled environment for an addict to get past the addiction to cocaine. Most other rehab programs are not able to give that much time and attention to the addict or are too costing for most people to afford over an extended period of time.

3NIDA. “How is heroin linked to prescription drug abuse?”. https://www.drugabuse.gov/publications/research-reports/heroin/how-heroin-linked-to-prescription-drug-abuse

4Addiction Resource. “Signs and Symptoms of Heroin Use”. https://addictionresource.com/drugs/heroin/signs-of-heroin-use/

7NIDA. “What are the long-term effects of heroin use.” https://www.drugabuse.gov/publications/research-reports/heroin/what-are-long-term-effects-heroin-use

8Addictions.com. “What is the Heroin Relapse Rate?”. https://www.addictions.com/heroin/what-is-the-heroin-relapse-rate/

11Recovery.org. “Why is Opiate Addiction so Hard to Treat?”. http://www.recovery.org/pro/articles/why-are-opiate-addicts-so-hard-to-treat/

Heroin Addiction is On the Rise

Most experts agree that the US is now in the grip of a heroin epidemic. The prevalence of heroin use over the last decade has gone off the charts.