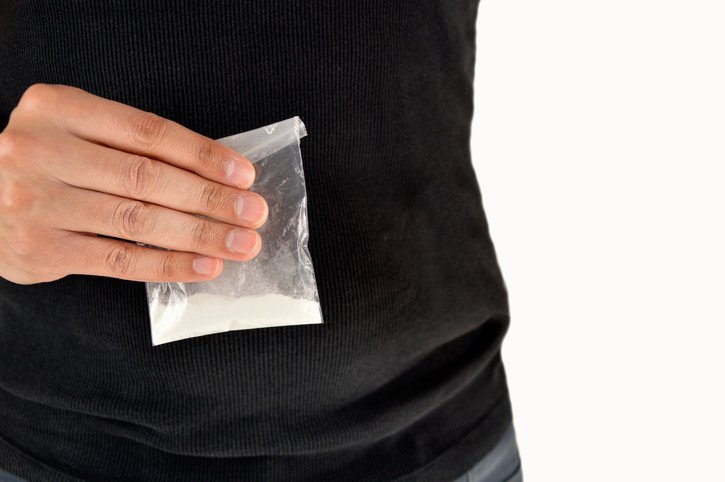 Cocaine is a powerful and dangerous stimulant used almost exclusively as a recreational drug. Most commonly, it is snorted, although it can be used intravenously as well. Some users mix the drug with baking soda in order to create a solid form of the drug called “crack cocaine”, which is then smoked. In all its forms, cocaine is extremely dangerous and well-known for the short-term effect of both its high and its inherently addictive properties.

History and Prevalence of Cocaine Addiction

Cocaine, in various forms, traces its history to ancient people. As far back as 3000 BC, the ancient Incas chewed the leaf of the coca plant for its mild stimulant properties. Since then, scientists have learned to extract the cocaine itself from the leaves, creating a white powdery substance which we know today as cocaine.

Today, cocaine is one of the most popular and dangerous recreational drugs on the market. Although all indicators point to a declining market for the drug, America is still the world’s largest importer of the drug. Fortunately, however, past year use has decreased by 32%, deaths related to the drug by 34%, and recovery for substance abuse by 54% (all figures for years 2006-2014)1. The reason for this decrease is a matter of some debate, with some sources pointing to increased use of cheaper drugs like heroin, which seems to have flooded the country as of late.

On the downside, there is still a huge amount of cocaine use in the United States, and the most affected population is people between the ages of 18-25. In terms of geography, the largest clusters of cocaine use are found on the west coast and the country’s Northeast, although the highest percentage of cocaine use is in Colorado2. A study of 23,000 drug users admitted to urgent care reported that 82% of African-American drug addicts were cocaine users, 74% of Hispanics, and 66% of whites3. While this study seems to conclude that African-American people who are involved with drugs are most likely to become cocaine addicts, a 2012 survey reported that 55% of crack (or rock cocaine) users are white, with only 37% of users identifying as black. The conclusion seems to be that, while white people are most affected by cocaine use, African-American drug users are more likely to be addicted to cocaine than other drugs4.

Outward Symptoms/Signs of Cocaine Use

Cocaine can be slightly more difficult to detect than other drugs. The main reason for this is the relatively short-term “high” associated with cocaine use. As opposed to drugs like heroin or alcohol, which have distinct, long-lasting effects, a cocaine high typically only lasts for 30 minutes to an hour.

To complicate matters further, most of the visible effects of cocaine are mood-related and more difficult to quantify. For instance, a person using cocaine will likely appear overly excited, over-confident, and sleep little or not at all in the case of a heavy user. You might also look for more concrete physical symptoms like dilated pupils or frequent sniffling5.

When cocaine use becomes heavy, the symptoms will progress and you will notice more extreme behavior. This can include unpredictable bouts of rage or anger, paranoia, or wildly irrational thinking. When a person is completely addicted to the drug, you will also see the effects of powerful craving. When a cocaine addict is unable to acquire his next dose, he will become agitated and extremely anxious.

Cocaine’s Typical Cost to the Addict

The average retail price of cocaine in the United States is somewhere around $200 per gram6, which is generally considered a day’s worth of use for a regular user. As with any illicit drug, addicts will develop a tolerance and require increasing amounts, which make cocaine one of the most expensive, addictive drugs in the world.

The dangers inherent in becoming addicted to such an expensive drug are manifold. For one thing, very few people are able to maintain such a costly addiction without resorting to criminal endeavors to continue acquiring drugs. Approximately 17% of U.S. prisoners report committing crimes in order to support their drug habit7. The combination of powerful addiction and high prices lead many cocaine addicts to steal and rob others to afford their drugs.

The second problem that arises from cocaine’s high price is the prevalence of users switching to similar, but less expensive drugs. These drugs primarily include methamphetamines and crack cocaine, both are which are frequently home-made and extremely dangerous. While cocaine is dangerous enough on its own, its most significant risks come only from frequent, long-term usage. When it comes to meth and crack, however, a user can do a great deal of damage to themselves in very short order.

Cocaine’s Effect on the Addict

When a person uses cocaine, the effects begin almost immediately. The physiological effects are constricted blood vessels, dilated pupils, and increases in body temperature, heart rate, and blood pressure. Because the primary action of cocaine has to do with circulation, it poses serious health risks mostly to the cardiovascular system, most notably disturbed heart rhythm and heart attacks. It also affects the brain and can cause headaches, seizures, strokes, or comas. Lastly, it can upset the stomach, resulting in gastrointestinal complications like stomach pain and nausea. In rare cases, people can actually die immediately upon their first use of cocaine or shortly thereafter8.

After a person has used cocaine for a longer period of time, profound changes begin to occur in the brain. These changes primarily impact the reward pathways in the brain. As a person continues to abuse cocaine, they become less able to feel joy and pleasure without the presence of the drug, a process also referred to as “tolerance”. Chronic cocaine users will also be at increased risk for stroke and seizures, in addition to susceptibility to many other neurological disorders like Parkinson’s.

Additionally, there are a variety of physical problems which can develop, depending upon the user’s preferred route of administration. People who ingest nasally will likely suffer a loss of smell, chronic nosebleeds, difficulty swallow, and damage to the septum. Crack cocaine, which is smoked, can cause significant damage to the lungs and throat. Needle users will run the risk of diseases like HIV and Hepatitis C9.

Permanence and Relapse from Cocaine Addiction

Cocaine users are at a high risk for relapse, even after long periods of abstinence. Like any other addictive drug, relapse is always a risk even after a person has spent some time in recovery. The particular problem with cocaine, however, has to do with its mechanism of action on the brain.

Studies have shown that cocaine creates dramatic changes in brain chemistry. Experiments have shown that cocaine impacts particular pathways in the brain which deal with stress management. As a result, the cocaine addict may experience an even greater sensitivity to stressful situations than other addicts in recovery. Stress, in this context, can refer to any number of situations, from life challenges to being around or witnessing cocaine use10.

Although detox is always an unpleasant experience, no matter the drug, cocaine has a relatively mild detoxification process. The process of detoxing completely from cocaine is usually a matter of 3-10 days. During this time, the most commonly reported symptoms of cocaine detox are fatigue, powerful cravings, inability to experience pleasure, anxiety, irritability, insomnia, and agitation. While these symptoms can be powerful and extremely uncomfortable, there are typically no physical symptoms, unlike the vomiting and shakiness which accompanies withdrawal from other drugs like alcohol or heroin11.

Although there are no inherent physical risks to detoxing from cocaine, precautions should be taken. The cravings which accompany cocaine detox can be powerful and care should be taken to prevent the addict from relapsing during the detox process. Also, the emotional power of the detox can leave addicts severely depressed and they should be monitored to prevent any damage to themselves or others.

Since there are no physical symptoms to treat, the most commonly prescribed medicines for cocaine detox typically include mood stabilizers and sleep aids in order to treat depressed mood and insomnia. These are typically not medically required but can improve the transition from detox to recovery.

Cocaine is one of the most difficult drugs from which to recover. The detox process is usually marked by the onset of powerful cravings to use, and these cravings can often continue for several months after an addict’s last using episode. The nature of addictive drugs, in general, combined with the neurological impact of protracted cocaine abuse make an addict’s recovery a long, difficult journey.

In most cases, a strong support system is the most important tool in a cocaine addict’s recovery. There are several programs and support groups available to assist addicts with this phase of their recovery. They will likely need to abstain from social groups or settings where cocaine use is likely and learn to avoid places which may cause them undue stress. Support of friends, family, and community play a vital role in getting the addict through the early stages of recovery where cravings are most likely to occur and risk for relapse remains high.

American Rehab Centers recommends Adult & Teen Challenge rehabs for recovery from cocaine addiction due to the length of time these programs give to addicts to allow them to get past their addiction. With the craving for cocaine lasting several months past the last use, it takes a good year of abstinence in a controlled environment for an addict to get past the addiction to cocaine. Most other rehab programs are not able to give that much time and attention to the addict or are too costing for most people to afford over an extended period of time.

6 Business Insider. “Cocaine prices in the US have barely moved in decades”. Oct 2016 http://www.businessinsider.com/how-much-does-cocaine-cost-in-the-us-2016-10

8 National Institute on Drug Abuse. “What are the short-term effects of cocaine use?”. May 2016. https://www.drugabuse.gov/publications/research-reports/cocaine/what-are-short-term-effects-cocaine-use

9 National Institute on Drug Abuse. “What are the long-term effects of cocaine use?. May 2016. https://www.drugabuse.gov/publications/research-reports/cocaine/what-are-long-term-effects-cocaine-use

We can also help you in your search for other rehabs near me, addiction treatment centers, rehabs for alcoholics , Christian drug addiction rehab centers, Christian drug rehabs or rehabs. Finding the right alcohol and drug rehab is one of the most important decisions for an addict. It is important to understand everything you can about substance abuse recovery centers and drug recovery centers. Christian rehabs usually offer separate facilities for each gender. Insurance for addiction recovery forces drug addiction rehabs to complete their addiction recovery in 90 days or less, which usually doesn't work. Adult & Teen Challenge Centers are a long-term addiction recovery program and facility that is affordable, serving men and women from Florida, Georgia, North Carolina, South Carolina, Alabama, Kentucky, Arkansas, Oklahoma, Texas, Tennessee and Virginia.

Cocaine addiction is one of the most difficult addictions from which to recover since cravings can continue for many months after last use of the drug.

FLORIDA RESIDENTS: Please note that Adult & Teen Challenge Centers in Florida are nonprofit religious institutions, not licensed medical facilities, nor do they accept insurance. Outcomes indicated are based on multiple outcomes studies, including this study from the National Institutes on Drug Abuse.