Benzodiazepines can be extremely addictive and carry huge risks for those who abuse them. – rehabs for alcoholics and rehabs.
Tap
To Call
(855)934-HOPE 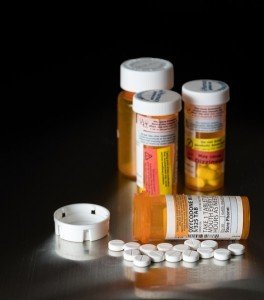 There are a lot of prescription drugs available on the market. Many of them are entirely harmless, but some can become incredibly dangerous if taken beyond the scope of a physician’s instructions. Benzodiazepines can be extremely addictive and carry huge risks for those who abuse them.

Benzodiazepines are a kind of pharmaceutical drug with a variety of medicinal uses. Unfortunately, they can also be highly addictive and pose a serious potential for abuse and addiction.

The first benzodiazepine was chlordiazepoxide (Librium). Discovered in 1960, this drug was found to have useful hypnotic, anxiolytic, and muscle relaxant effects. As a result of Librium’s success, several drugs were rapidly synthesized over the following years. Valium, Xanax, Klonopin, Ativan, and Ambien remain some of the more popular varieties of benzos, both in medicine and on the streeti.

Because benzodiazepines are a highly versatile class of drugs, they are widely prescribed for many different reasons, and the rate at which they are prescribed is rising. Between, 2002 and 2009, benzo prescriptions rose by 12.5% each year, an astronomical growth rate. Xanax, the most popular of the benzodiazepines, was prescribed 49 million times in 2011ii. Of those who use benzodiazepines, approximately 14% meet the criteria for abuse or dependence. The 2011 NSDUH reports that 20.4 million Americans over age 12 have abused some form of benzodiazepines.

Benzodiazepines use tends to increase in age, with those between 18-35 using at a rate of 5.4% compared with those 65-80 using at a rate of 8.7%. This is inversely proportional to the amount of prescriptions written for the drugs, which tends to decrease with age. Additionally, women are nearly twice as likely to become addicted to benzodiazepinesii.

Like many other prescription drugs, most addicts start off with a prescription for the drug to alleviate short-term symptoms. After using the drug for a while, they develop a tolerance and either begin to use more than prescribed or continue to take the benzodiazepines for longer periods than intended. The threat of withdrawal then tends to extend the span of the active addiction and makes the drugs increasingly more difficult to abandon.

Benzodiazepines are a large class of drugs which can produce a variety of effects on the user. However, all benzodiazepines operate by acting on the GABA receptors in the brain, which produce effects which remain consistent throughout all members of the drug family. Effects to look for in a potentially addicted individual includeiii:

Benzodiazepines can be more difficult to detect than many other drugs, given that the physical symptoms are less obvious and more easily dismissed by the addict. However, as time goes on and the addict uses more and more of the drugs, these symptoms will become more pronounced and easily noticed.

Typical Cost to the Benzodiazepine Addict

The life cost of benzodiazepines, however, can be considerably higher. While most benzodiazepine addicts are not driven to theft or robbery in order to support their habit, there are other effects these drugs have on people which can increase their chances of violent or illegal behavior. Drugs like Xanax, for instance, have been demonstrated, both in studies and anecdotally, to increase a user’s tendency towards violence and other erratic behavior. These drugs cause profound changes in a person’s psychological makeup, rendering them unpredictable and potentially violentv.

Effect on the Benzodiazepine Addict

Benzodiazepines are central nervous system depressants. This means that they act by released a chemical called gamma-aminobutyric acid (or GABA), which produces a natural hypnotic and calming effect. These drugs typically act very quickly and last for a few hours, depending upon the dose. While people typically take these drugs in order to “feel good”, even short-term usage can result in several undesired effects. These include nausea, memory loss, tremors, constipation, dry mouth, loss of appetite, mood swings and unpredictability, and confusion. Most of these issues are the result of over-sedation and will be alleviated shortly after the drug is processed through the body.

Benzodiazepines are usually prescribed strictly in the short-term to immediately address issues a person is going through. As such, they are not intended to be used in the long-term and can pose significant threats to an addict when they are used outside of medical supervision. Many of the long-term effects are still being studied, but scientists agree that long-term benzodiazepine abuse is likely to adversely affect memory, sensory perceptions, processing speed, and learning processes.

As with many drugs, the greatest risk to benzodiazepine addicts is the danger of overdose. Drug overdose is the leading cause of preventable death in the United States, and approximately 120 people die every day from it. When benzodiazepines reach a toxic level in the bloodstream, they can shut down the central nervous system completely, resulting in lethal heart failure or a variety of other potentially life-threatening complicationsvi.

Permanence and Relapse of Benzodiazepine Addiction

Benzodiazepine addicts have a generally higher rate of success in remaining abstinent after prolonged use of the drugs. In a 2003 study, nearly 50% of long-term benzodiazepine addicts were able to taper off the drug and remain abstinent until their follow-up 2 years later. This is a remarkably positive statistic, compared with other addictive drugs. The same study shows that, among the other half who did relapse, they returned to a healthier use of the benzodiazepines than previously. That is, after quitting benzodiazepines for a time, they began to use the drugs as prescribed after relapsing, without a noticeable return to abusive patternsvii.

The reason for this is likely that benzodiazepine addicts are typically not addicts in a traditional sense. They are not high-risk individuals with other addictive patterns, rather they are ordinary medical patients who fell victim to the addictive properties of benzodiazepines. When successfully removed from the drug, they are typically able to maintain sobriety without a full scope of recovery which might be indicated for other drugs.

That having been said, those who were abusing the benzodiazepines at particularly high dosages tended to suffer a much greater addiction permanence. In these cases, standard therapeutic measures and medical supervision are strongly suggested.

Detoxing from benzodiazepines presents a significant hurdle in the recovery of an addict. Depending on the particular drug an addict was using, withdrawal and detox can be a very lengthy and difficult process. Short-acting drugs like Xanax have a shorter withdrawal, lasting about 7 days on average. Longer-acting drugs like Valium can have a withdrawal phase which lasts up to 90 days, on the other hand.

In a medical setting, addicts are usually placed on a slow-taper program. Medical professionals can administer diminishing doses of benzos, which allow the body to gradually detox and can prevent some of the more severe symptoms of withdrawal, including potentially life-threatening ones, like seizuresviii.

Recovering from benzodiazepine addiction is typically a very individual process. In the case of those who accidentally became addicted and have no other addictive risk behaviors, it can be as simple as abstaining from the drug and remaining cognizant of its dangers. For others, more traditional means of recovery have proven very helpful.

After completing the withdrawal and detox phase, it is often best to consult with experts on the subject. Depending on the individual case, rehab, support groups (12-step, religious, etc.), or extended therapy sessions may be indicated. While relapse rates for benzodiazepine abuse are low, the numbers can be deceiving. If a person has been using high doses of the drugs for many years, they are much more likely to need additional support in order to remain clean.

As with other recovery processes, it is best that the addict avoid placing himself in stressful situations or situations which might act as triggers for them, particularly during early recovery (up to a year)x.

American Rehab Centers recommends Adult & Teen Challenge rehabs for recovery from benzodiazepine addiction due to the length of time these programs give to addicts to allow them to get past their addiction. It takes a good year of abstinence in a controlled environment for an addict to get past the addiction to benzodiazepine. Most other rehab programs are not able to give that much time and attention to the addict or are too costing for most people to afford over an extended period of time.

vAddiction Resource. “Street Price of Xanax – How Much Does it Cost on the Darknet?”. https://addictionresource.com/drugs/xanax/buying-xanax-on-the-street/

viiBlack Bear Lodge. “Risks of Immediate, Short-Term and Long-Term Use of Benzodiazepines”. http://blackbearrehab.com/benzodiazepine-abuse/risks-of-benzos/

ixDrugAbuse.com. “7 Things About Benzo Withdrawal You Might Not Know”. http://drugabuse.com/7-things-about-benzo-withdrawal-you-might-not-know/

We can also help you in your search for other rehab centers, addiction rehabs, best addiction treatment centers, rehabs for alcoholics , drug addiction treatment for teenagers or rehabs. Finding the right alcohol and drug rehab is one of the most important decisions for an addict. It is important to understand everything you can about substance abuse recovery centers and drug recovery centers. Christian rehabs usually offer separate facilities for each gender. Insurance for addiction recovery forces drug addiction rehabs to complete their addiction recovery in 90 days or less, which usually doesn't work. Adult & Teen Challenge Centers are a long-term addiction recovery program and facility that is affordable, serving men and women from Florida, Georgia, North Carolina, South Carolina, Alabama, Kentucky, Arkansas, Oklahoma, Texas, Tennessee and Virginia.

Benzodiazepines can be extremely addictive and carry huge risks for those who abuse them.